The Supreme Court recently provided new guidance to appellate courts on how to use their discretionary powers to “do justice”, while maintaining impartiality.  In a unanimous decision, R. v. Mian, 2014 SCC 54 [“Mian”],  the Supreme Court pronounced a new test on when appellate courts can raise a “new issue”:  where there is good reason to believe that failing to do so would risk an injustice.

Mian was acquitted of all criminal charges, after the trial judge found that his Charter rights were breached.  The Crown appealed.  The Alberta Court of Queen’s Bench (“the Court of Appeal”) allowed the appeal, after raising a new issue: whether the counsel for the defendant had improperly cross-examined a witness.  The Court of Appeal found that he had, and that the trial judge erred in law by relying on the impermissible cross-examination.  A new trial was ordered.

The court’s ability to intervene, by raising new issues on appeal or asking questions of parties directly, is important in allowing the bench to rectify injustices, and carry out its truth-finding role.  Before Mian, the power to intervene was limited primarily by the court’s role as an impartial arbiter.  If by intervening, the appellate court could be seen as advocating for one side, the use of its discretion to do justice could be rendered meaningless by its apprehension of bias. 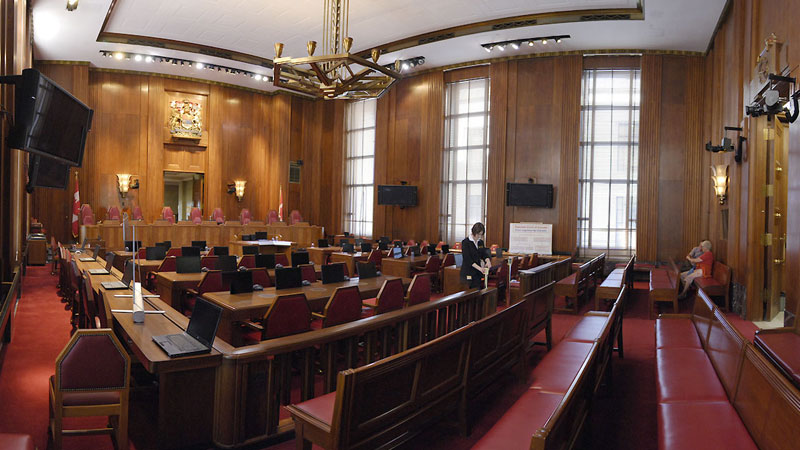 Though the appellate court’s impartiality was not an issue in Mian, the Supreme Court took it into great consideration.  Specifically, it took issue with the ambitious use of this discretion, which may call into question the court’s role as an unbiased arbiter.  As stated by Justice Rothstein, at para 42, “[C]ourts cannot be seen to go in search of a wrong to right” (R. v. Mian,supra, para 42).  To protect against such an outcome, the Supreme Court tied the discretion of raising new issues directly to the Court’s function to prevent an injustice, and only for that purpose.  In doing so, it reiterated the role of appellate courts as independent and impartial decision-makers, as well as their deferential role on appeals.

In crafting the threshold, the Supreme Court attempted to reconcile between two competing considerations: preserving the adversarial system for the fact-finding mission, and the judiciary’s role to uphold justice.

The adversarial system in place allows the parties to present their versions of the truth to an unbiased third-party for a rendering.  Central to the proper functioning of this adversarial system is the appearance of impartiality of the decision-maker.  While an appellate court may intervene to better understand the truth, the manner in which it does this could also undermine the court’s unique role in the resolution process.

Notwithstanding this, as highlighted by the Supreme Court, it is equally an appellate court’s function to review errors of laws, seek the truth and correct any injustices.  To do so, the court must have certain procedural powers to take on an active role during proceedings to satisfy itself of the truth, where the parties’ have been unable to do so.

To strike a balance between these two roles, the Supreme Court limited the appellate courts’ discretion to raise new issues on appeal only in order to correct an injustice.  It cited examples of situations where a self-represented litigant may need assistance, or where intervention would be required to correct a seemingly unreasonable criminal sentence.

Other considerations include whether the court has jurisdiction to consider the issue, whether there is sufficient evidentiary record to determine the issue, and whether doing so would cause procedural prejudice to either party.  There are also procedural safeguards put in place, many of which already exist, such as providing notice to parties of the new issue.